By Lacy Doyle and Noor Chadha

Here is a preview of the outstanding exhibitions on view this fall in New York City: 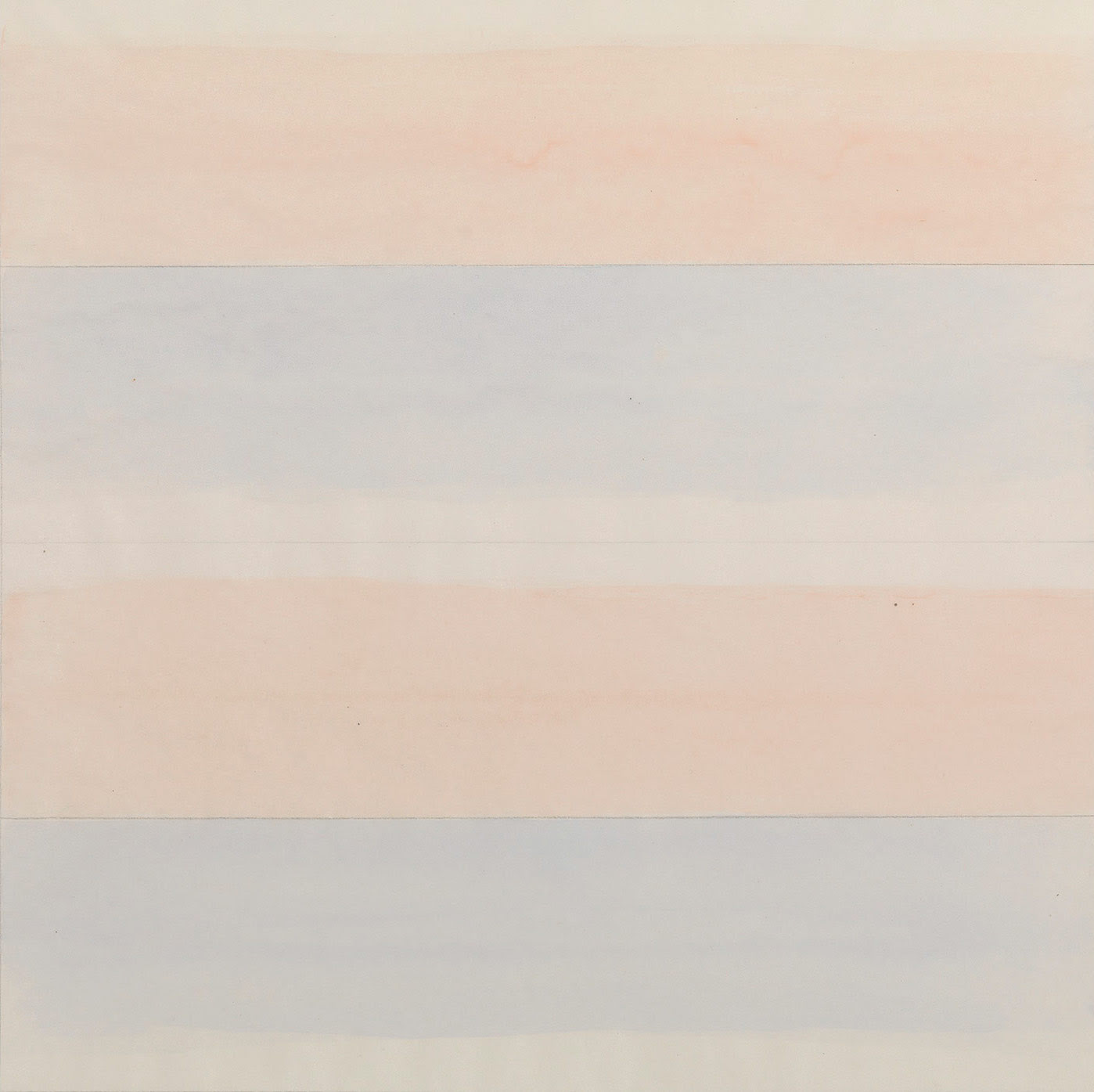 Filling the Guggenheim rotunda, this exhibition will trace Agnes Martin’s (1912–2004) career from her early experiments of the 1950s through her mature oeuvre and final paintings, making it the first comprehensive survey of the artist’s work since her death in 2004. One of the preeminent American painters of the twentieth century, Martin created subtle and evocative canvases that had a significant influence on artists of her time and subsequent generations. For more than four decades, she explored limited compositional motifs yet discovered endless nuance and variation.

By 1960, she had developed her signature grid-pattern works—radical presentations of interlocking horizontal and vertical lines in pencil on large square canvases that at first seem to appear blank. Often associated with and considered an important figure of Minimalism, Martin’s work stands apart. Influenced by Asian belief systems including Taoism and Zen Buddhism and the natural surroundings of her home in New Mexico, her restrained style was underpinned by a personal conviction in the emotive and expressive power of art. 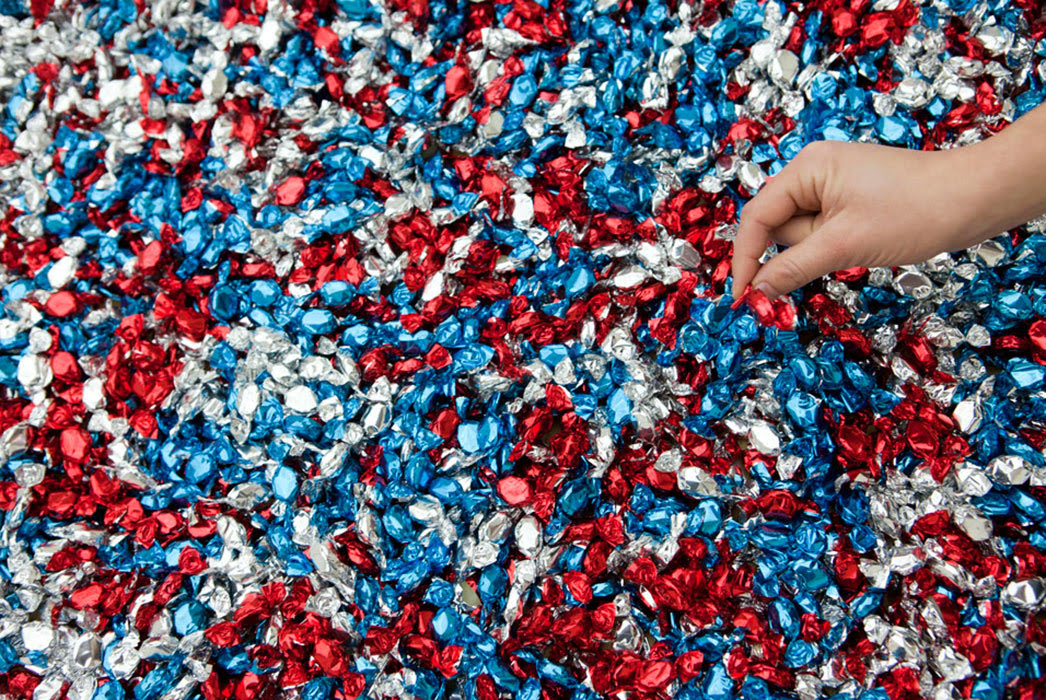 In this highly unconventional exhibition, visitors are encouraged to participate, touch, and even take home works of art by more than 40 international and intergenerational artists, many of whom are creating new and site-specific works for the exhibition.

Take Me (I’m Yours) aims to construct a democratic space for all visitors to participate in the creation and ownership of an artwork, thus commenting on the politics of value, consumerism, and hierarchical structures of the art market. The exhibition encourages shared experiences and direct engagement with works of art, suggesting alternative ways that artists can live in, contribute to, and gain from society at large. 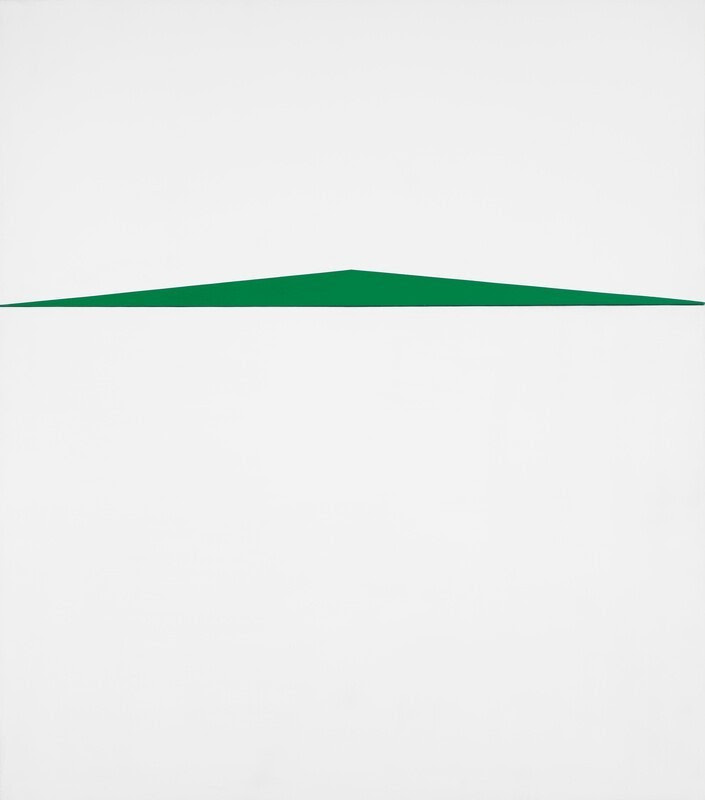 Carmen Herrera: Lines of Sight is the first museum exhibition of this groundbreaking 101-year-old artist in New York City in nearly two decades. Focusing on the years 1948 to 1978, the period during which Herrera developed her signature style, the show features more than fifty works, including paintings, three-dimensional works, and works on paper. It begins with the formative period following World War II, when Herrera lived in Paris and experimented with different modes of abstraction before establishing the visual language that she would explore with great nuance for the succeeding five decades.

The second section of the show is a gathering of works from what Herrera considers her most important series, Blanco y Verde (1959–1971). This series illustrates the innovative way in which Herrera conceptualized her paintings as objects. The final section illuminates Herrera’s continued experimentation with figure/ground relationships and highlights the architectural underpinnings of many of her compositions. 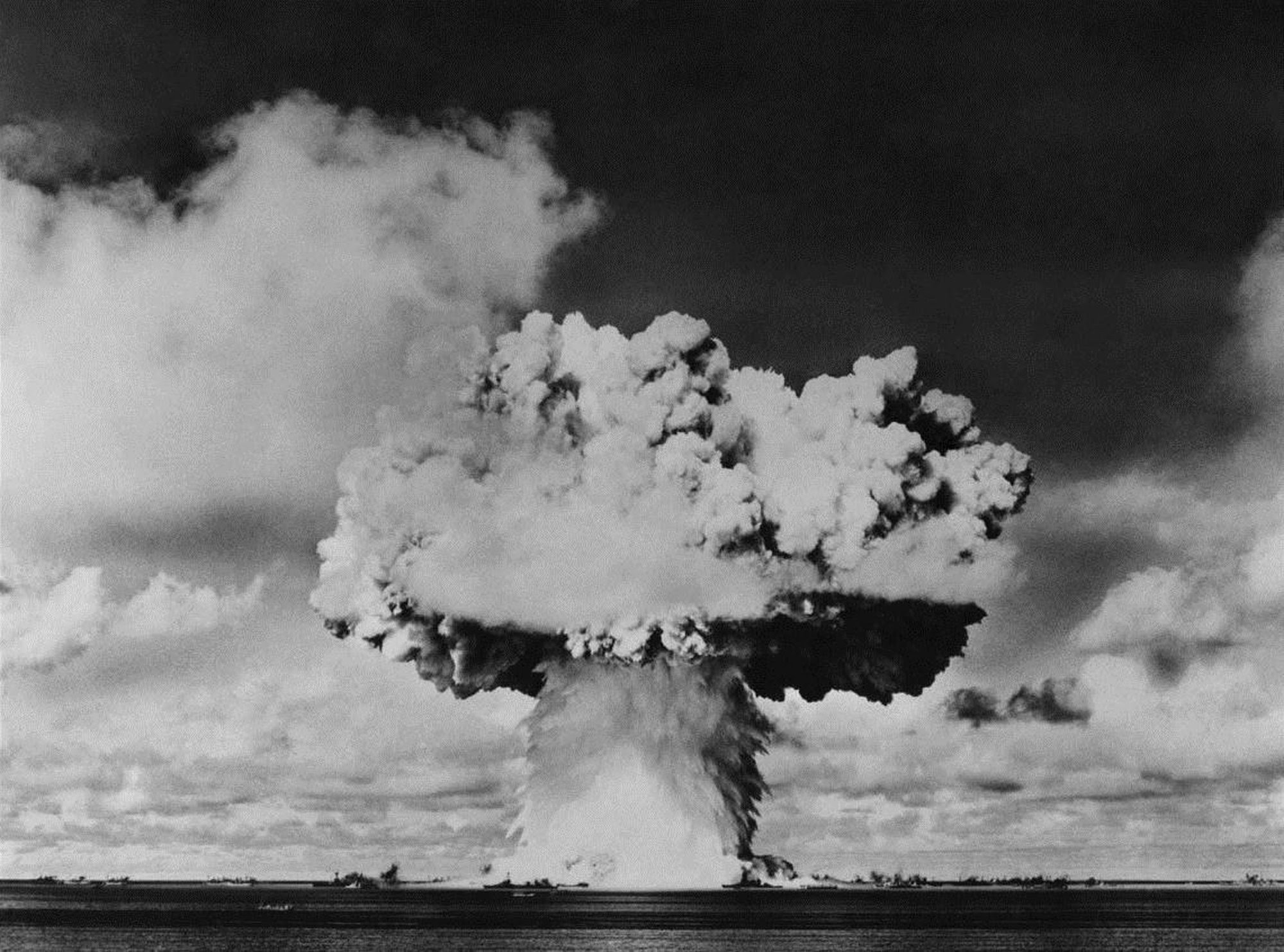 Bruce Conner: It’s All True is the artist’s first monographic museum exhibition in New York, the first large survey of his work in 16 years, and the first complete retrospective of his 50-year career. It brings together over 250 objects, from film and video to painting, assemblage, drawing, prints, photography, photograms, and performance.

Bruce Conner (1933–2008) was one of the foremost American artists of the postwar era. Emerging from the California art scene, Conner’s work touches on various themes of postwar American society, from a rising consumer culture to the dread of nuclear apocalypse. Working simultaneously in a range of mediums, Conner created hybrids of painting and sculpture, film and performance, drawing and printing, including bodies of works on paper utilizing drawing and collage and two important photographic bodies of work, including a haunting group of black-and-white life-sized photograms called Angels. An early practitioner of found-object assemblage, his relief and free-standing sculptural objects, such as Child (1959) and Looking Glass (1964), were widely recognized for their masterful compositions and daringly dark subject matter. 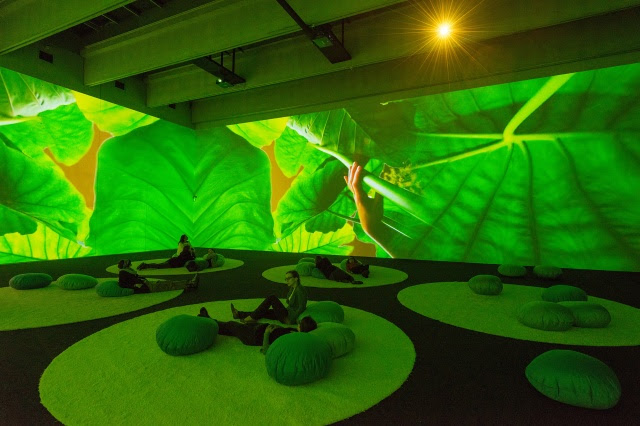 Over the past thirty years, Rist has achieved international renown as a pioneer of video art and multimedia installations. Her mesmerizing works envelop viewers in sensual, vibrantly colored kaleidoscopic projections that fuse the natural world with the technological sublime. Referring to her art as a “glorification of the wonder of evolution,” Rist maintains a deep sense of curiosity that pervades her explorations of physical and psychological experiences. Her works bring viewers into unexpected, all-consuming encounters with the textures, forms, and functions of the living universe around us.

Occupying the three main floors of the Museum, “Pipilotti Rist: Pixel Forest” will be the most comprehensive presentation of Rist’s work in New York to date. It will include work spanning the artist’s entire career, from her early single-channel videos from the 1980s that explore the representation of the female body in popular culture to her recent expansive video installations that transform architectural spaces into massive dreamlike environments enhanced by hypnotic musical scores.

Organized in conjunction with the Estate of Fred Sandback, this exhibition will recreate the artist’s important 1987 mid-career solo presentation at the Westfälischer Kunstverein, Münster, which featured six new works that each uniquely engaged vertical space. Drawn from both public and private collections, these works will be brought together for the first time since their initial installation and will be exhibited alongside key examples of vertical constructions spanning Sandback’s career. 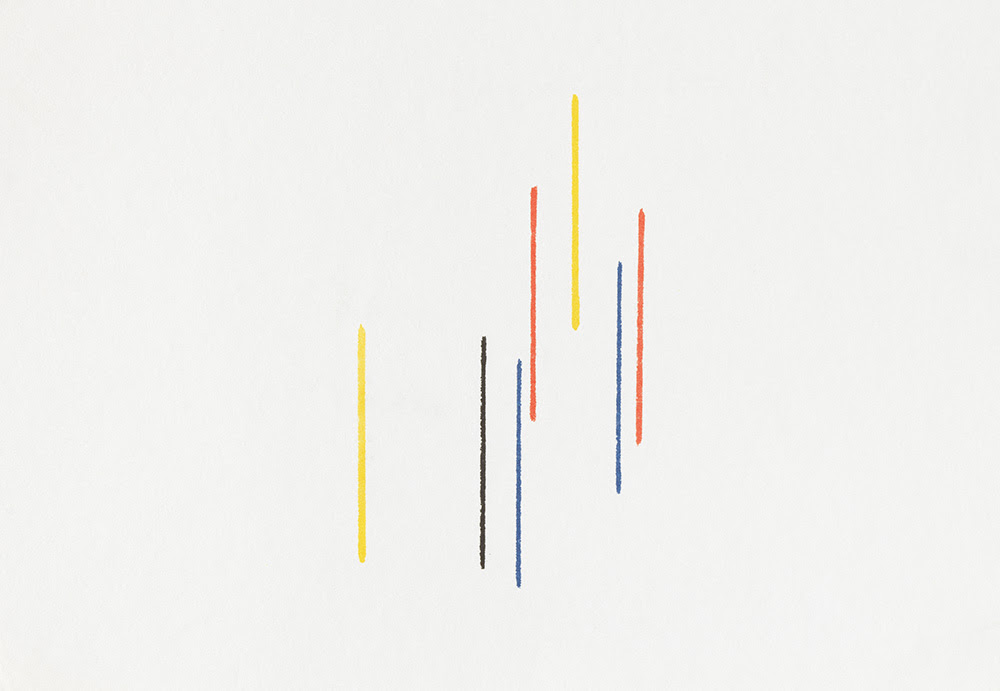 Over the course of more than three decades, Sandback developed a singular, Minimal formal vocabulary that elaborated on the phenomenological experience of space and volume with unwavering consistency and ingenuity. Though he employed metal wire and elastic cord early in his career, the artist soon largely dispensed with mass and weight by using acrylic yarn to outline planes and volumes in space. By stretching lengths of yarn horizontally, vertically, or diagonally at different scales and in varied configurations, he created a wide-ranging body of works that inherently address their physical surroundings.

On view at both 525 and 533 West 19th Street gallery locations will be new and recent works by Oscar Murillo, including paintings and drawings, as well as sculptural, sound, and film elements. 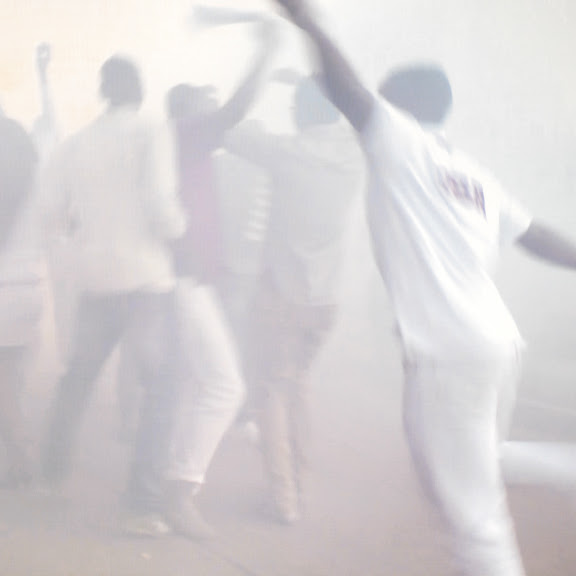 Murillo’s work addresses the conditions of display in the contemporary art world by engaging with a series of dichotomies—including work and play, production and consumption, and originality and appropriation. His practice is closely tied to notions of community and migration stemming from his cross-cultural ties to London, where he currently lives, and Colombia, where he was born.

The exhibition relates to Murillo’s travels and exhibitions over the past few years, and continues his exploration of the different roles and possibilities of the artist within an increasingly global world. 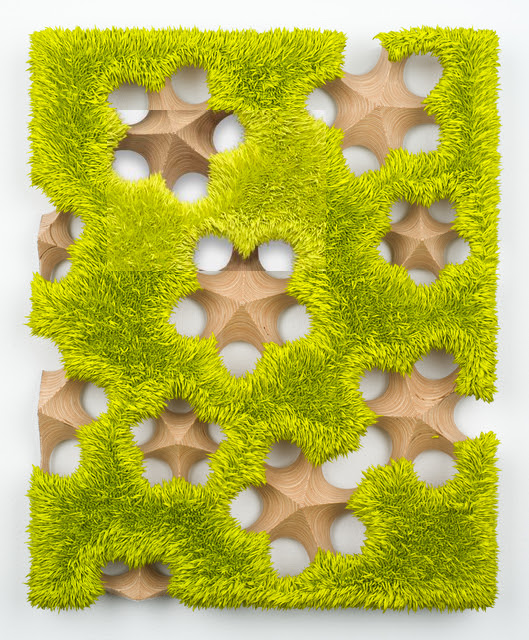 This exhibition will feature new work that examines nature and human disregard, broadening Moffett’s ongoing engagement with the body politic. Any fallow field is the first show dedicated to a single artist to be presented in the gallery’s recently expanded Chelsea location, across both 507 and 509 West 24th Street. In his last exhibition with the gallery, in 2012, Moffett sought to inject “texture and weight” in the dialogue of our increasingly digitized lives. Deepening the interrogation in Any fallow field, Moffett reverts to the primal source—nature. “With the tightening noose of social media, and the retinal-screen more generally, my empathies and intellectual inquiries are now with nature. Is there a way to look beyond the neurotic human hive—with its infinite self-interest and love of violence—to see again something more interesting? With this work, I will look the other way and remind myself of what is there,” says Moffett of the exhibition. 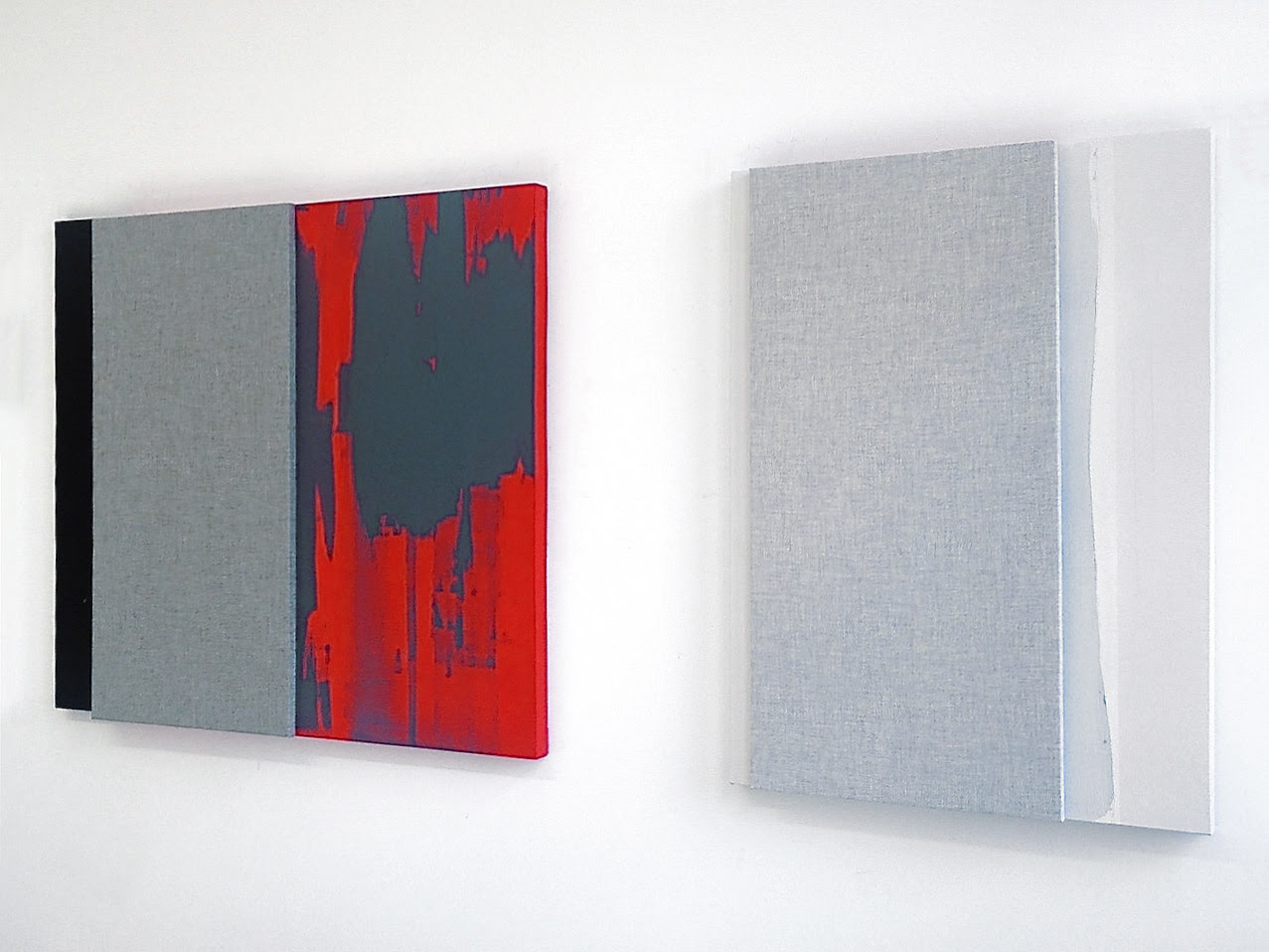 Jennie C. Jones’ work exposes the connections between conceptual and avant-gardeAfrican American music and the cultural, political, and historical ideas surrounding Minimalism and Abstraction. Jones brings to light the unlikely alliances that emerged between the visual arts and the imprint of music, highlighting the way they became and continue to exist as tangible markers of social evolution and political strivings.

Jones’ distinctive “acoustic paintings,” constructed from industrial sound absorbing panels, suggest both the aural and physical dynamics of listening. The works presented in Amplitude more overtly examine the contrast of silence and noise within “the gesture of sound.” These painterly gestures recall visual representations of sound waves and tone bursts.

Amplitude emphasizes new risks in the artist’s typically rather restrained hand and nods towards a new loudness in her voice and interest in the audible. 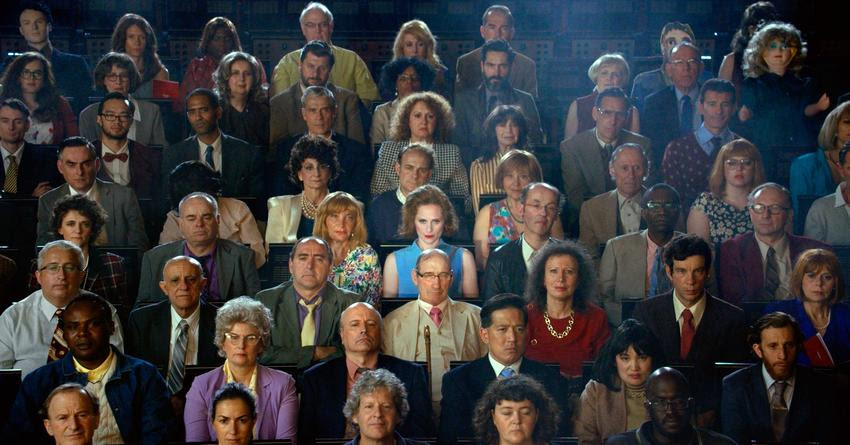 This exhibition will feature Prager’s new film, La Grande Sortie, in its US premiere, along with a new series of photographs shot on location during the film’s production in Paris. In this body of work, the viewer is confronted with the dual perspectives of performer and audience and asked to consider the underlying tension inherent in this relationship. The opening reception on Wednesday, September 7, will feature live ballet solos at6:30PM and 7:30PM. These performances, featuring original choreography to Bohuslav Martinů’s “Film en Miniature,” set amid the attendees and Prager’s artwork, further underscore the artist’s curatorial approach, which conflates the traditional roles of viewer and performer. 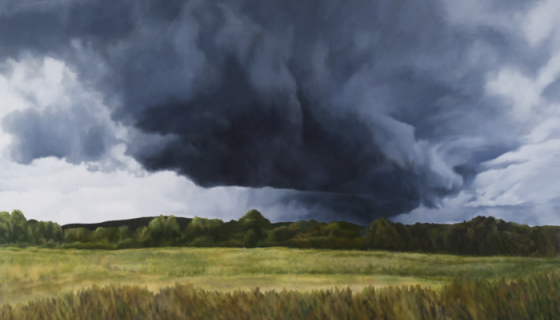 April Gornik’s paintings of land, sky and sea are rooted in observed reality and a world synthesized, abstracted, stored and remembered. They offer the viewer an opportunity to explore dichotomies between past and present, expanse and its circumscription, stillness and the inexorable momentum of atmospheric change. Her canvases – roiling seas, brewing skies, mountains overlooking endless plains – extend and engage nature’s proscenium. In these captured moments time pauses, the natural world triumphs and calm descends. 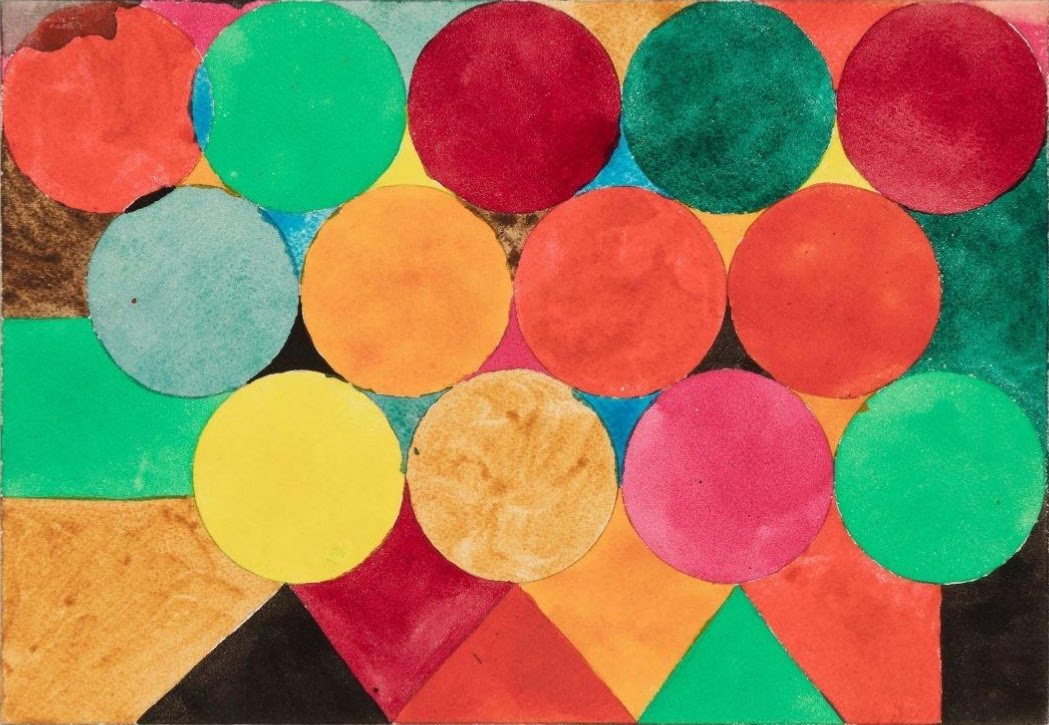 This exhibition will focus on a selection of pieces from the 70s, presenting examples of Shields’ most bombastic work along with his quietest, highlighting a period in Shields’ career when he was receiving international recognition. Emblematic of the freewheeling ethos of the period, Shields’ semiotic style includes spirals, mazes, pyramids, mandalas, anthropomorphic and natural forms. Shields’ command of color and form epitomize the American Post-Minimalist movement, seen in the large-scale, highly adorned multi-media painting, Space Sisters, 1972-74, an ecstatic example of the artist’s exploration of materiality, which employs acrylic, cotton thread, beads and mop heads on linen. 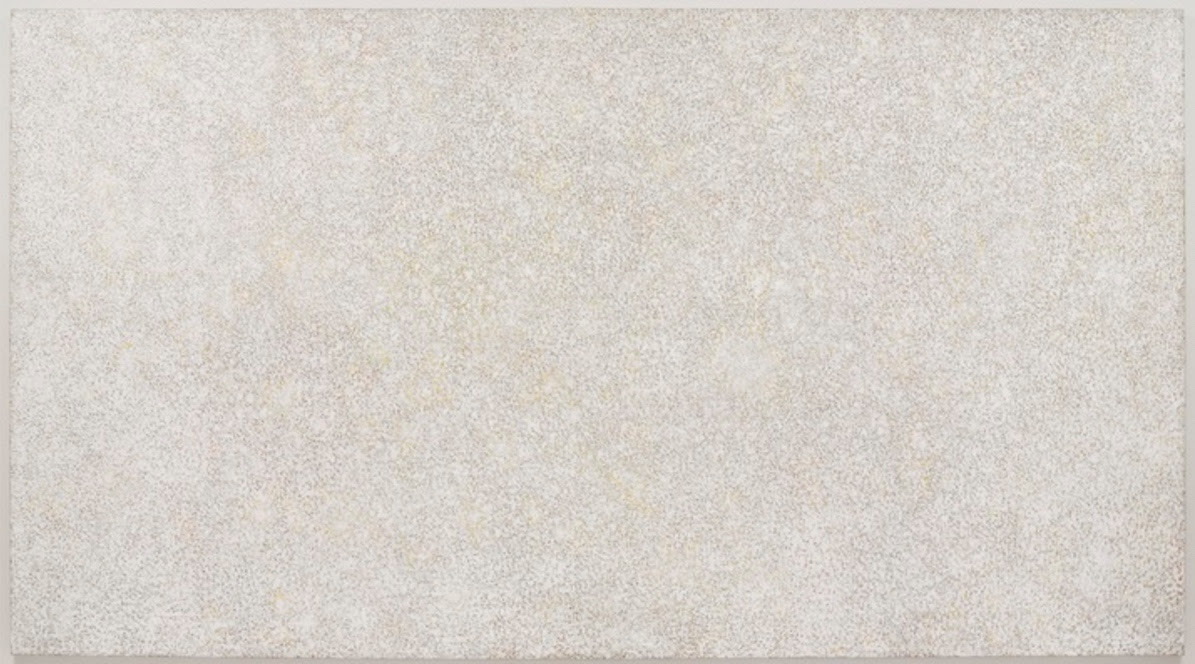 Richard Pousette-Dart: The Centennial is an exhibition that celebrates the 100th anniversary of the artist’s birthday. The exhibition reception will be held at the gallery on Wednesday, September 14, 2016 from 6 to 8 p.m.

Pace will publish a catalogue to accompany the exhibition, with a new essay by art historian Martica Sawin. The Richard Pousette-Dart Foundation will also be hosting a centennial event with a speakers’ panel on the artist, at the Whitney Museum of American Art on the evening of Thursday, September 29.