By Lacy Doyle and Noor Chadha

Here is a preview of the outstanding exhibitions on view this summer in New York City and the Hamptons: 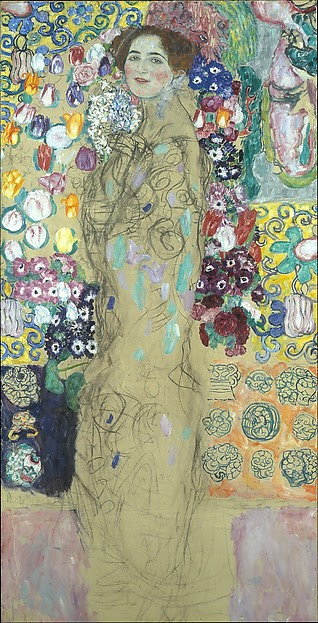 Unfinished: Thoughts Left Visible examines a subject that is critical to artistic practice: the question of when a work of art is finished. This landmark exhibition inaugurates The Met Breuer, ushering in a new phase for The Met’s expanded engagement with modern and contemporary art, presented in Marcel Breuer’s iconic building on Madison Avenue.

The exhibition examines the term “unfinished” across the visual arts in the broadest possible way; it includes works left incomplete by their makers, a result that often provides insight into the artists’ creative process, as well as works that engage a non finito—intentionally unfinished—aesthetic that embraces the unresolved and open-ended. Featured artists who explored such an aesthetic include some of history’s greatest practitioners, among them Titian, Rembrandt, Turner, and Cézanne, as well as modern and contemporary artists, including Janine Antoni, Lygia Clark, Jackson Pollock, and Robert Rauschenberg, who have taken the unfinished in entirely new directions, recruiting viewers to complete the objects they had begun. 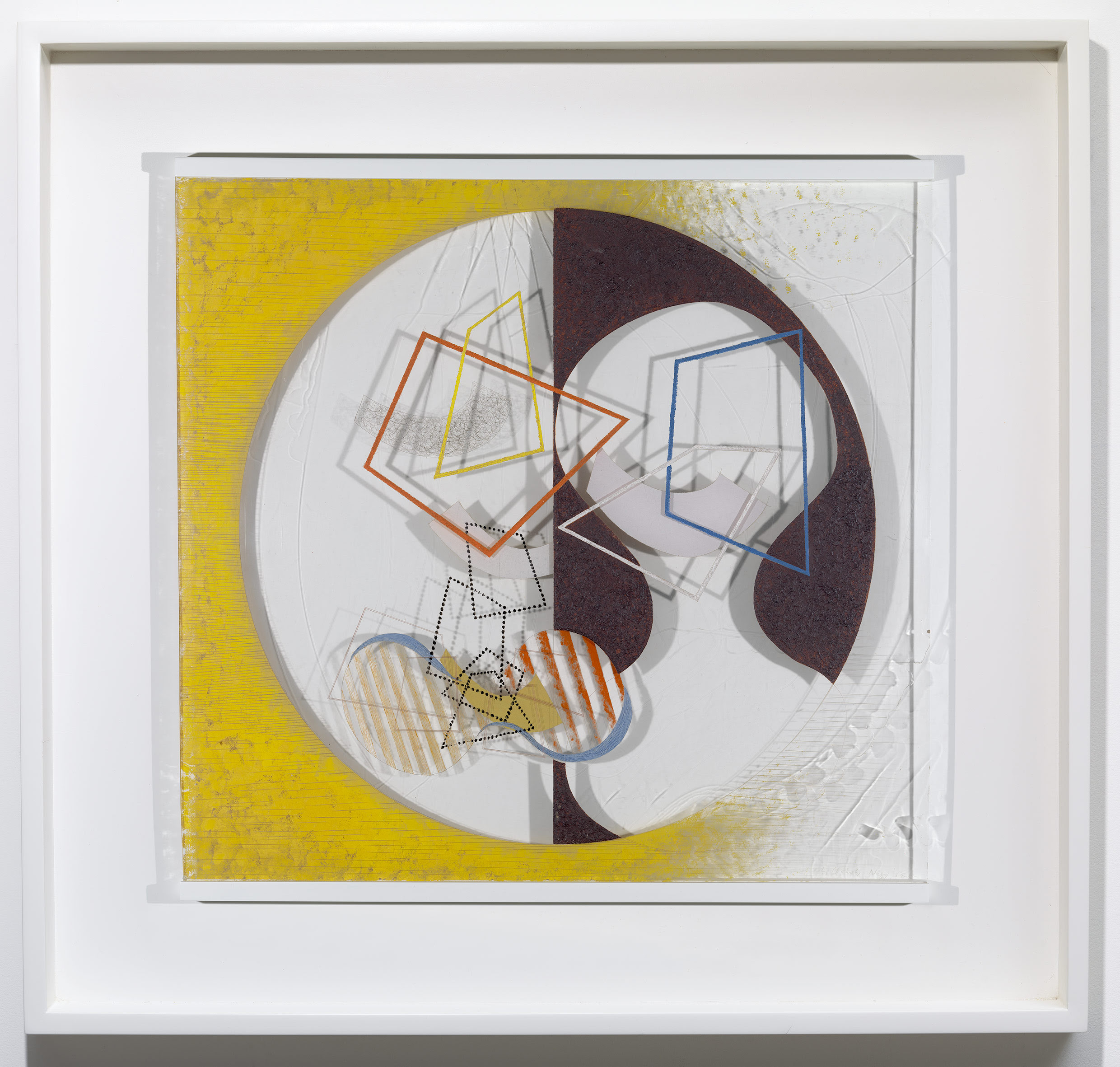 László Moholy-Nagy believed in the potential ofart as a vehicle for social transformation, working hand in hand with technology for the betterment of humanity. A restless innovator, Moholy-Nagy experimented with a wide variety of mediums, moving fluidly between the fine and applied arts in pursuit of his quest to illuminate the interrelatedness of life, art, and technology. An artist, educator, and writer who defied categorization, he expressed his theories in numerous influential writings that continue to inspire artists and designers today. 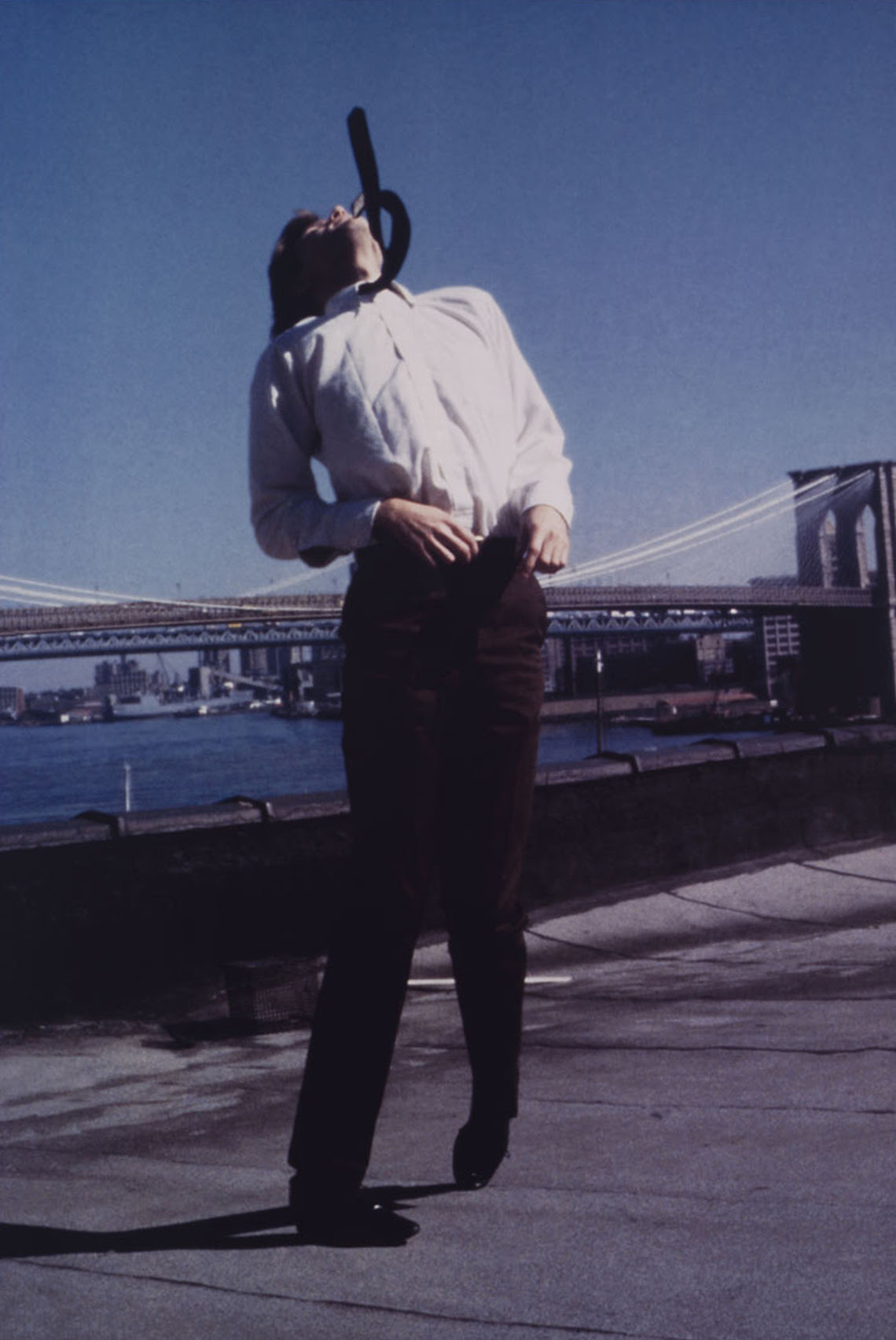 This exhibition offers new perspectives on one of art’s oldest genres. Drawn entirely from the Museum’s holdings, over two hundred works show changing approaches to portraiture from the early 1900s until today, bringing iconic works together with lesser-known examples and recent acquisitions in a range of mediums.

Portraits are one of the richest veins of the Whitney’s collection, a result of the Museum’s longstanding commitment to the figurative tradition, which was championed by its founder, Gertrude Vanderbilt Whitney. Yet the works included in this exhibition propose diverse and often unconventional ways of representing an individual.

Once a rarefied luxury good, portraits are now ubiquitous. Most recently, the proliferation of smartphones and the rise of social media have unleashed an unprecedented stream of portraits in the form of snapshots and selfies. Through their varied takes on the portrait, the artists represented in Human Interest raise provocative questions about who we are and how we perceive and commemorate others. 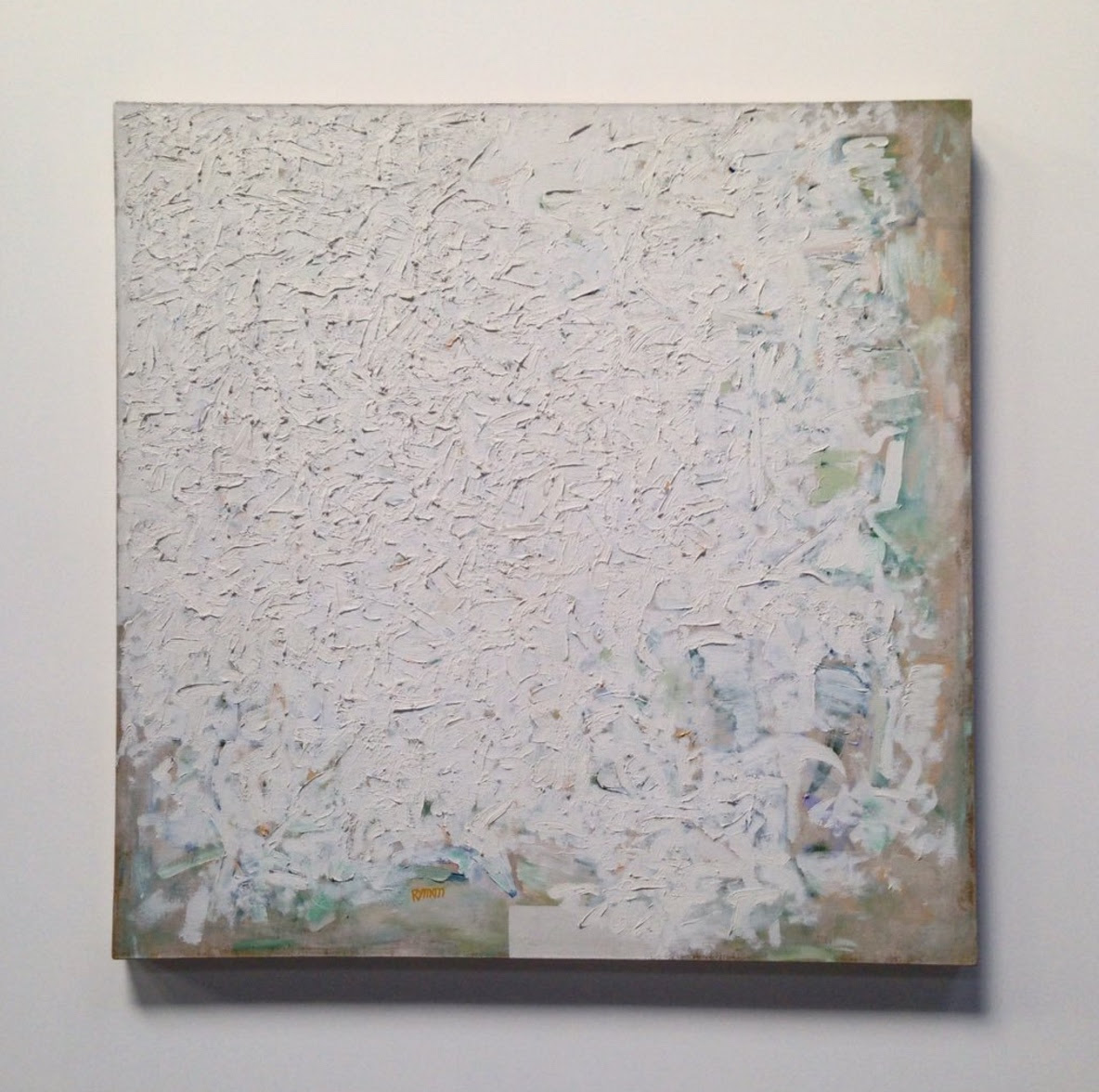 This comprehensive exhibition brings together six decades of Robert Ryman’s vital paintings―ranging in date from the 1950s through the 2000s. Ryman’s works have been both readily identified and identifiable by their achromatic surfaces. Viewers see and experience these painted frequencies of light as the color white, but Ryman’s radical exploration of the tonal values, light reflections, and spatial effects of white were never limited to paint. Very early on his experimentations with canvas, board, and paper expanded to include aluminum, fiberglass, and Plexiglas, before evolving into a material vocabulary that is as revolutionary as his use of various white hues. As such, Ryman’s art works are often discussed in relation to abstract expressionism as well as minimalism and post-minimalism. 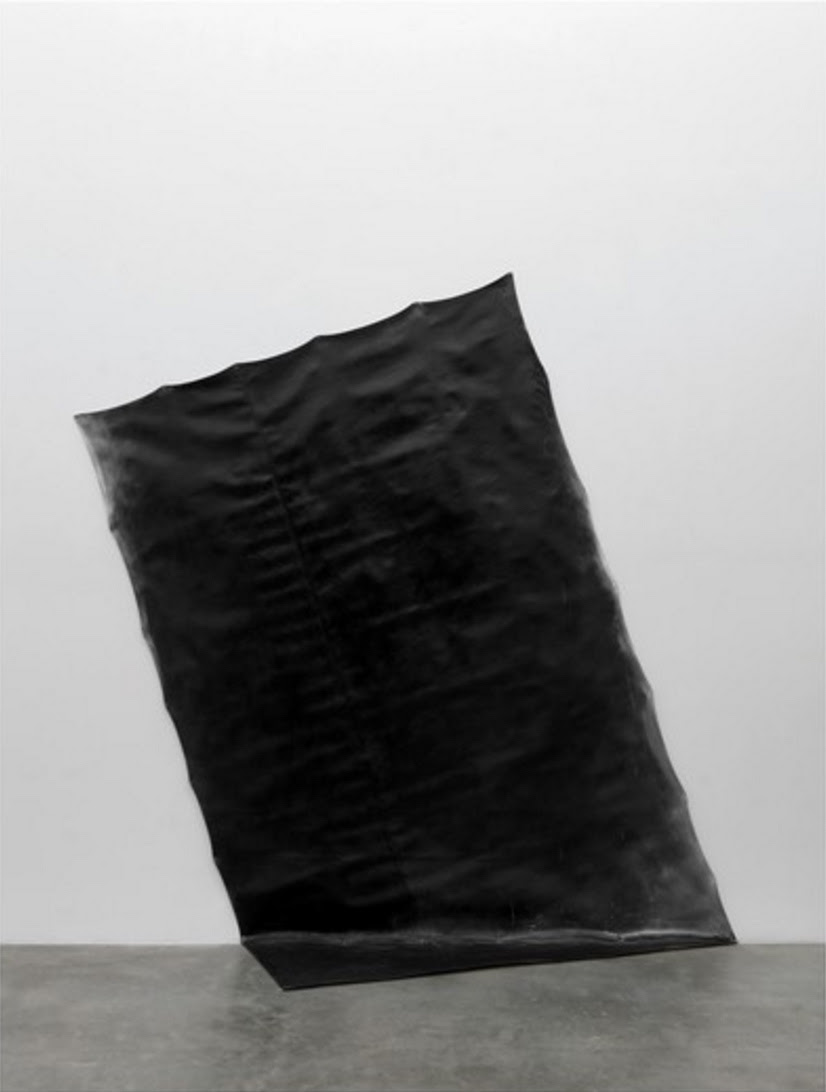 Blackness in Abstraction considers the use of black as a method, mode and material in works by twenty-nine artists who have explored the expressive and symbolic possibilities of black as a color. Featuring works—over a third of which are newly created—by an international and intergenerational group of artists, the exhibition explores blackness as a highly evocative and animating force in various approaches to abstract art. The exhibition looks at the role of the color black across a range of practices, spanning Geometric Abstraction, Minimalism and Conceptualism to its use in the present. 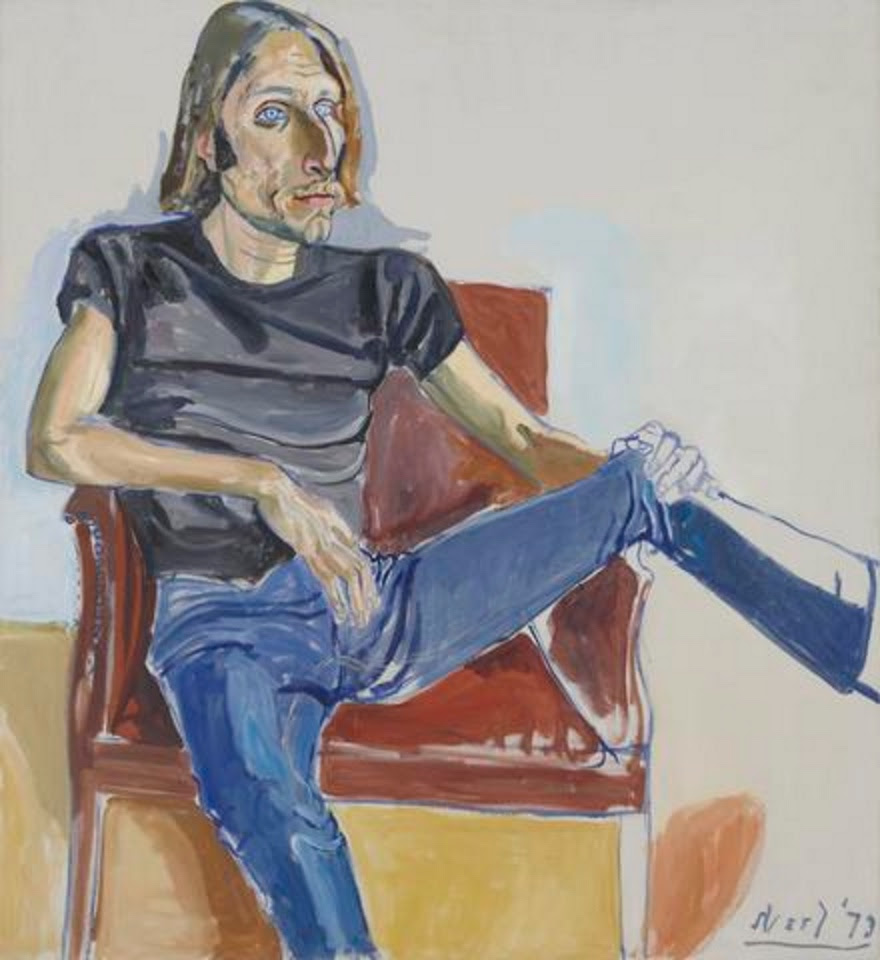 The Female Gaze, a two-part exhibition, presents works by 32 women artists that directly address gender and sexuality. The first iteration was Women Look at Women, in 2009. The shows span a variety of media, including painting, photography, and sculpture. Both explore the problem of a relatively simple question: would we react differently to these works if they were made by a man?
Paul Rosano, the subject of Sylvia Sleigh’s painting, Paul Rosano in Jacobsen Chair, 1971, which will be on view, wrote: “She was placing me in what many would interpret as a feminine pose, or what you would expect to see in traditional or historical paintings of women, certainly not of men. This became an underlying theme in many of her works. The reversal.”  The works included in The Female Gaze reverse stereotypical gender roles; instead of seeing the men as oppressors, men become the subject of their gaze. 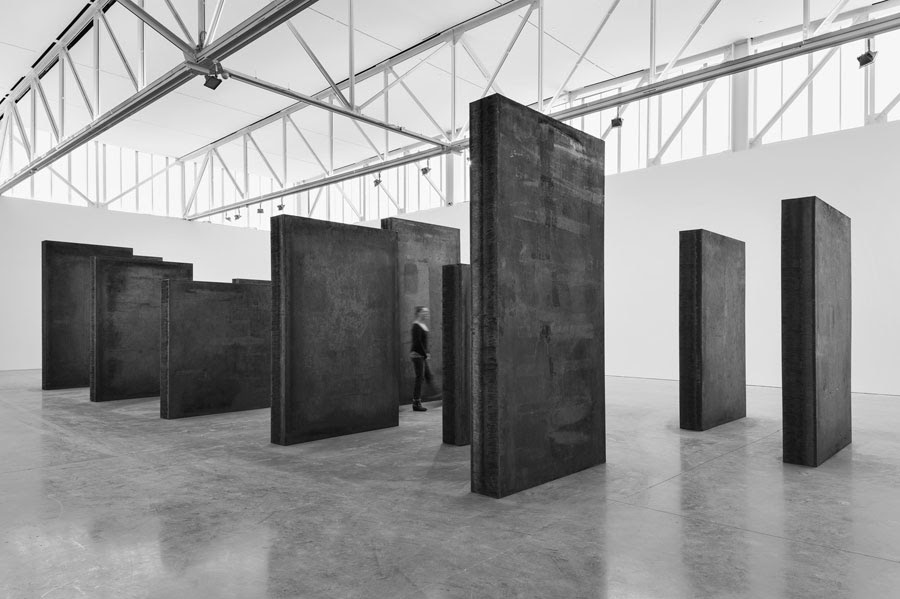 Over the years Richard Serra has produced large-scale, site-specific sculptures for architectural, urban and landscape settings spanning the globe, from Iceland to New Zealand. Now Gagosian Gallery presents four new large-scale steel sculptures and an Installation Drawing by Serra, one of the most significant artists of his generation. The artwork will be on display concurrently at both of Gagosian’s Chelsea locations. This will be the thirtieth major exhibition of Serra’s work presented by Gagosian Gallery since 1983. 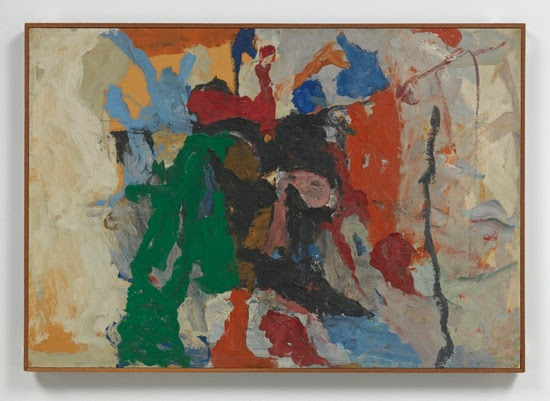 Calling attention to a series of works that have not yet been fully appreciated for their true significance in the artist’s development, Philip Guston: Painter, 1957 – 1967 explores a decade in which Guston confronted aesthetic concerns of the New York School, questioning modes of image making and what it means to paint abstractly. Featuring 36 paintings and 53 drawings, many on loan from major museums and private collections, the exhibition draws together a compelling body of work that reveals the artist grappling to reconcile gestural and field painting, figuration and abstraction.  In the number and quality of paintings on view from this period, the show parallels Guston’s important 1966 survey at the Jewish Museum in New York, a half century ago. 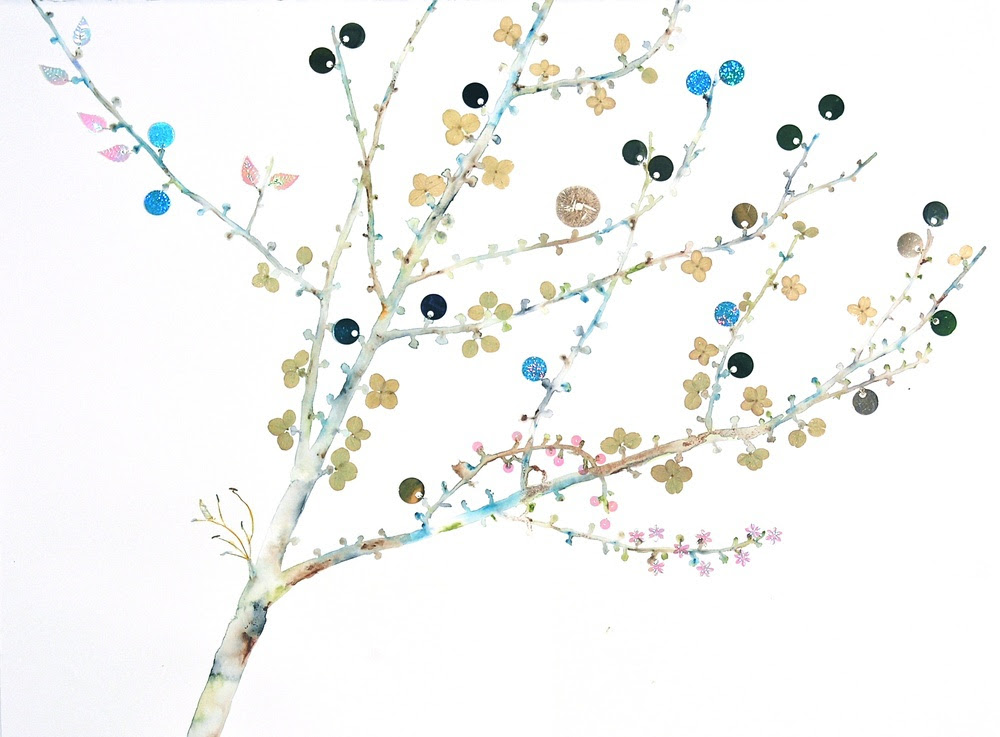 Marilla Palmer’s mixed media works navigate the unexpected overlap of the organic and artifice. Dried flowers, foliage, and prints of spores are delicately combined with holographic paper, sequins, and wrappers to embellish renderings of found branches and plants. At first glance a celebration of the femininity of nature, upon closer inspection it’s clear that Palmer is probing deeper. She selectively reveals the decay of her natural materials through the mask of her glamorous synthetics, questioning the power to fully transform through adornment. The worlds of the organic and inorganic – which are usually engaged in a battle for territory – come together to create a uniquely intimate portrait of Palmer’s surroundings. 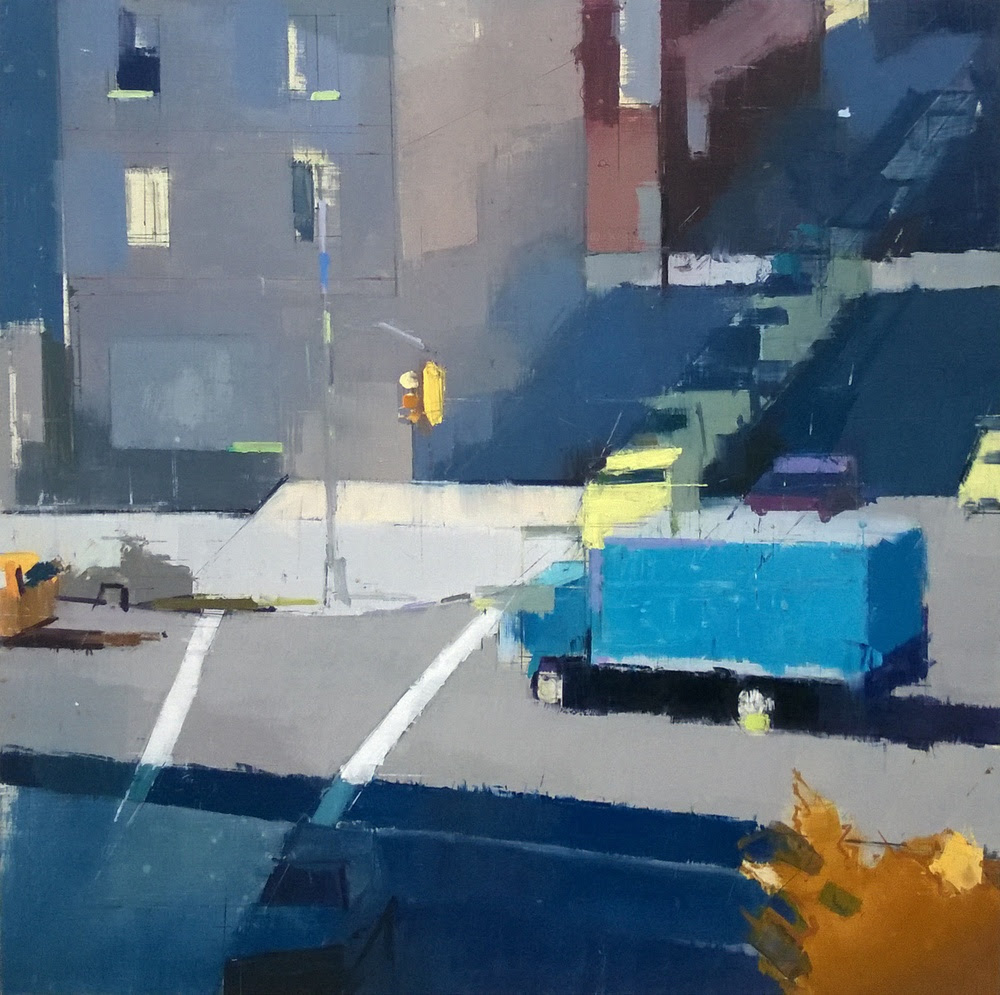 Lisa Breslow’s cityscapes and still lives capture an instant which possesses a beauty all its own, conveying a sense of calmness as time stands still. Attentive to the subtle, exact moments of harmony between varying elements, the works express mood analogous to the way photographs document visual details. In her latest work, Breslow expands on her tonalist sensibilities and emboldens the compositions with a more heightened and varied color palette. Her recent oil paintings reveal a looser brushwork, slightly skewed angles, and fresh perspectives with bursts of color to juxtapose visions of nature and architecture. Breslow remains focused on paring the subject down to its visual essence over specificity of details, her city blocks inching ever closer towards abstraction as her panels get larger. 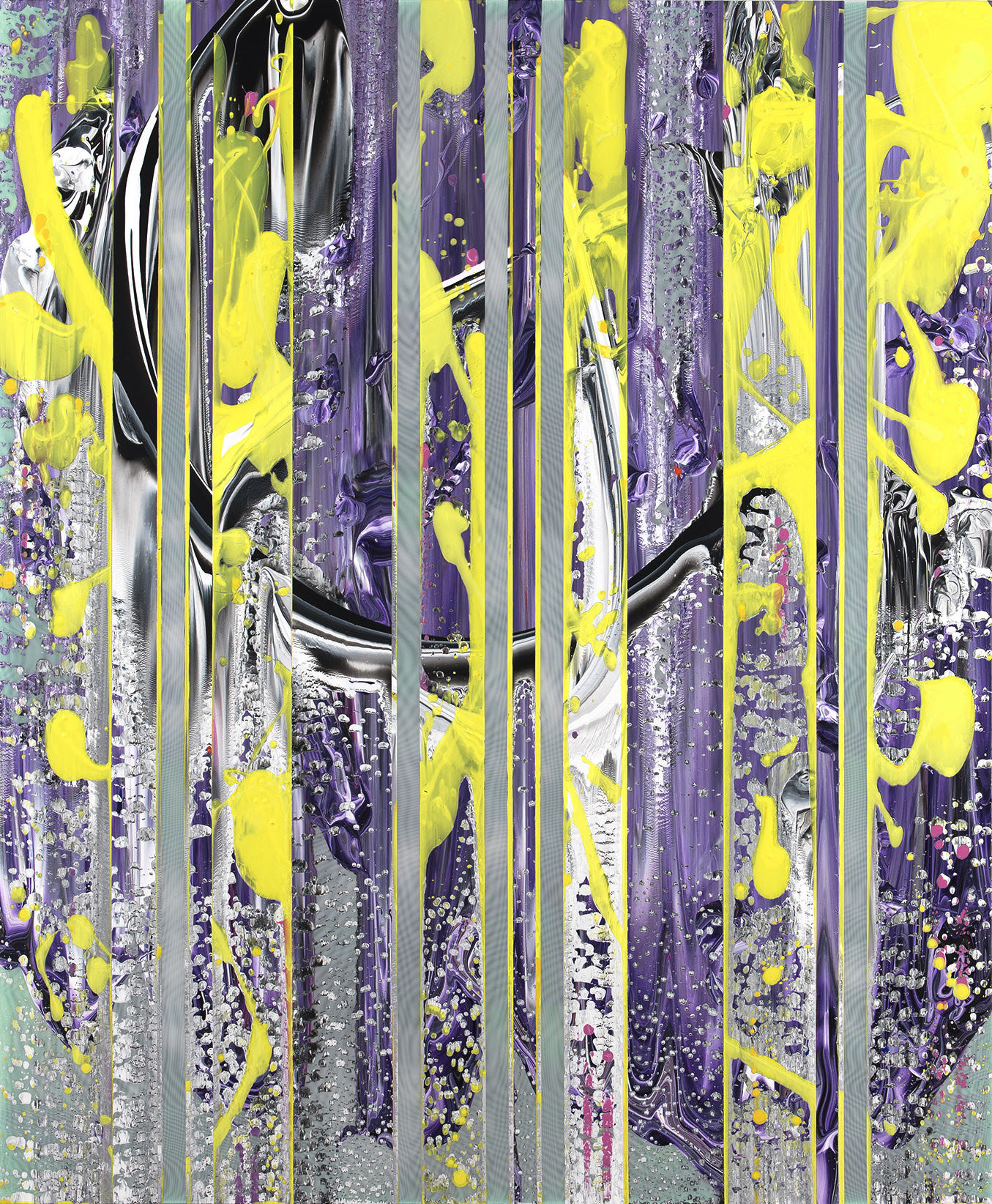 Recent Works will include Stanley Casselman’s abstract acrylic paintings on polyester screen. These process rich works are the latest iteration of Casselman’s 30 year study of the application and manipulation of paint. In these progression paintings he uses homemade squeegees to drag paint across the surface of his canvases, adjusting the angles and pressure of his tools to both add and remove paint, revealing layers of color from previous squeegee applications. The result is a medley of colors, layers, and textures that transcend what we know to be traditional painting. The paintings manipulate what the viewer has come to understand to be two-dimensional both in the paints that have amalgamated on the picture plane and the layered complexity of the polyester screens. 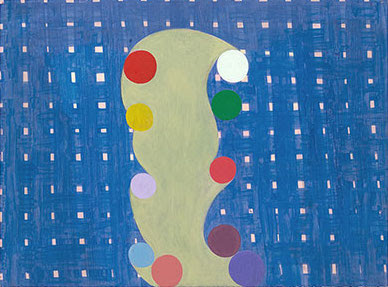 The Drawing Room, in cooperation with PACE gallery, presents selected paintings and drawings by the acclaimed painter, Thomas Nozkowski. Characterized by eccentric shapes in curious juxtapositions of color and pattern, Nozkowski‘s compositions have lyric personality. Rigorous and infinitely inventive, his sensuous paintings draw from his daily observation and musings about nature, artand life. Committed to abstract painting on an easel since 1974, when minimalism reigned and painting was dormant, Nozkowski has worked on an intimate scale for four decades. His intuitive and lively process is seemingly driven by the arrival of an idea. As if dancers striking poses, Nozkowski’s bright quirky shapes seem choreographed to totally different music. With his unique perspective, Nozkowski’s paintings are experiments that work. 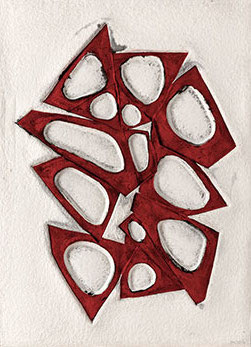 In their concurrent exhibition, The Drawing Room presents a selection of recent cast paper drawings by Mel Kendrick. In the 1970s, when minimalism was a dominant sensibility among New York artists, Kendrick developed a sculpting technique that emphasized a self-referential and direct use of the natural materials that inspired him. Akin to his work in three dimensions, the cast paper drawings in this exhibition explore interrelationships of process to material and void to volume. Each abstract composition features a unique arrangement of interlocking biomorphic and angular shapes articulated with varying degrees of relief and bold primary color. 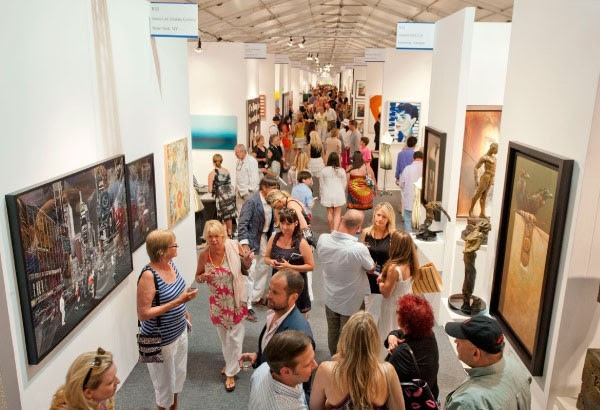 Now in its 9th year, Art Hamptons will kick off the 2016 Hamptons summer season with an exceptional selection of modern and contemporary artwork presented by leading galleries throughout the US and around the world, showcasing work ranging from emerging artists to modern masters. Complementing the quality of exhibitor presentations, the fair will also include a robust series of events and special programming including expert panel discussions, VIP parties offering an engaging and well-curated summer art fair experience 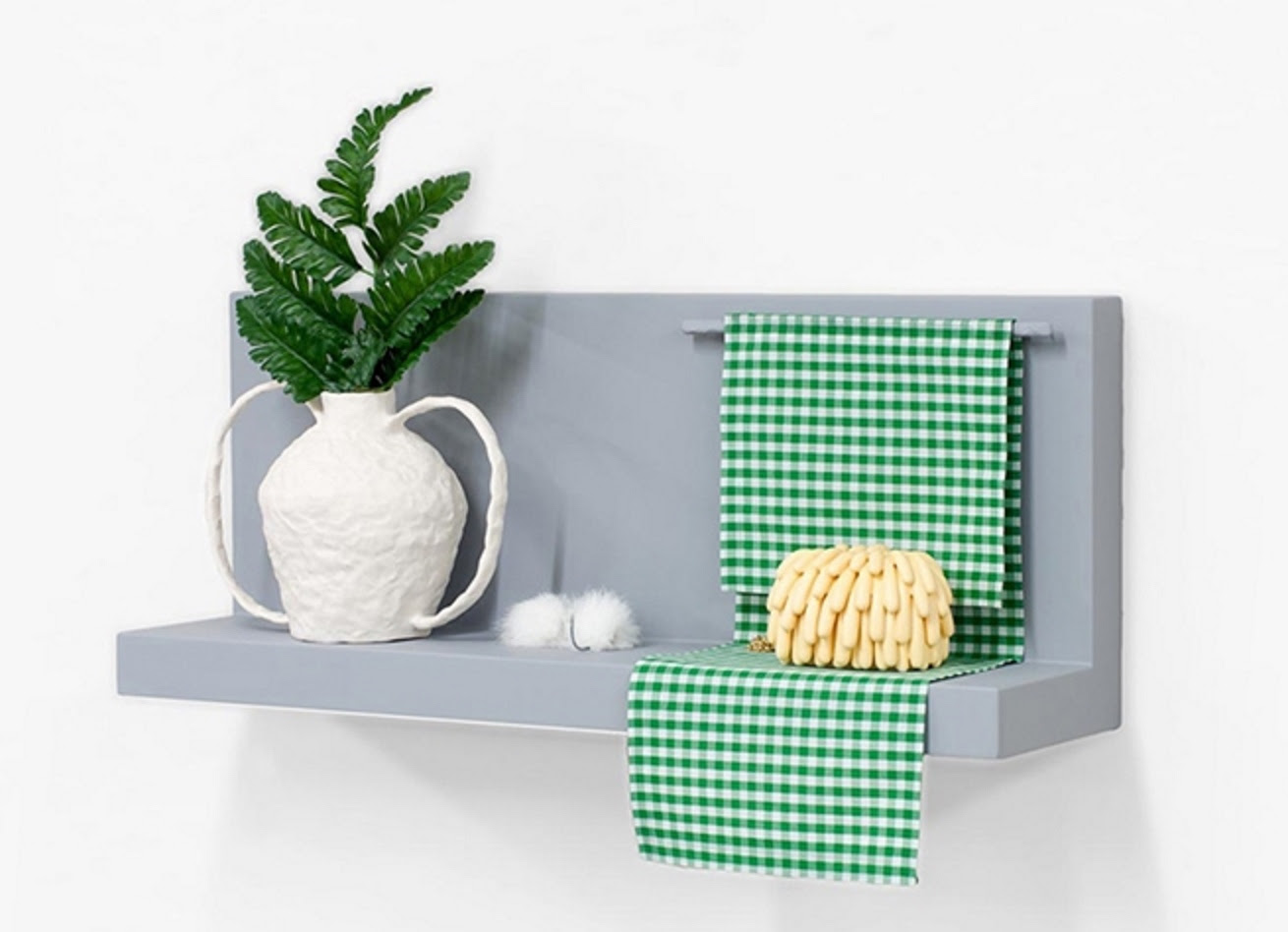 Market Art + Design returns to The Bridgehampton Museum this July, bringing the East End’s premier art fair to the center of bustling Bridgehampton. Market Art + Design, the successful evolution of Art Market Hamptons, will showcase presentations by top galleries enhanced by a striking and tightly curated Design component pulling from dealers and designers from around the world. 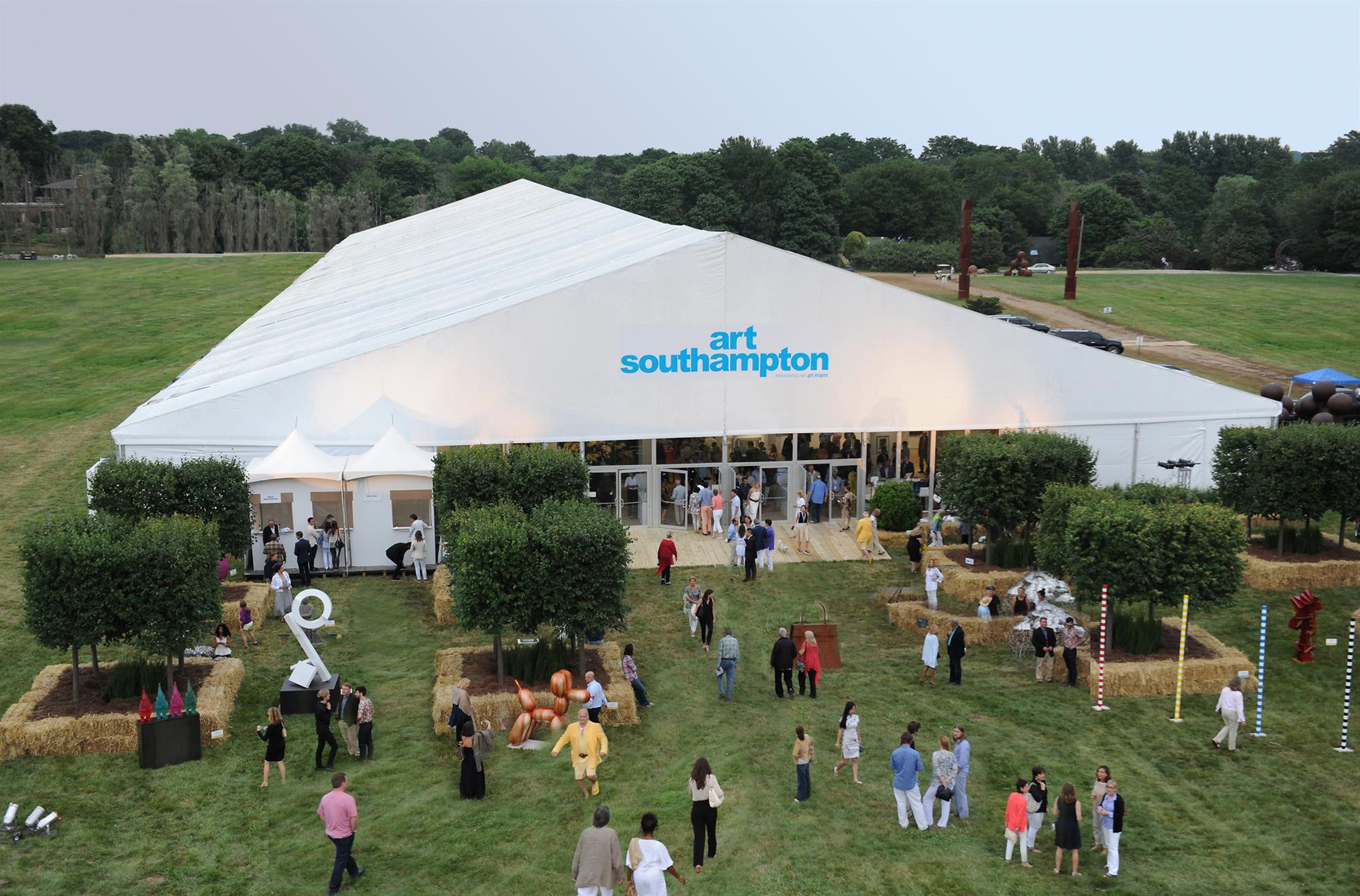 After a phenomenally successful fourth edition, Art Southampton, the premier international contemporary and modern art fair in the Hamptons, will return July 7 – 11, at the height of the summer social and cultural season. Art Southampton is the most important destination for acquiring the finest investment quality works of contemporary and modern art along with design. The fair quickly has become the ‘can’t miss’ event of the summer for all serious collectors, museum professionals, curators, interior designers and art enthusiasts to acquire works from more than 60 leading international galleries.